What if your next vacation destination was Russia this year? It’s true that it’s a place you don’t always think about when you want to go on a trip, you wonder why. And yet, it’s a beautiful place that I think deserves all your attention.

That’s why I decided today to present you with this article the best places that I would advise you to see during your trip to Russia. As Russia is a rather large territory, to visit it completely, I think you will need to come back several times. In the meantime, try to include these places in your itineraries! 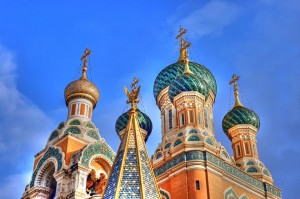 This is undoubtedly one of the most famous places in Russia, a symbol of this glorious country that is often seen on postcards. It is indeed a monument worth its weight in gold. One sometimes thinks that it is from there that these palaces of Disney are inspired, at least, it is the impression that I had once on the spot.

I can’t deny it, it’s a beautiful place, a must-see destination in Russia. If you don’t go there, it would be as if you had never been to Russia. The cathedral is decorated with nine main domes. The building for its part is mainly built in brick.

The Red Square is probably one of the most famous squares in the world. In principle, there are always crowds of tourists. I think you should go there, although I found this place to be quite simple.

Actually, Red Square is a plateau on the back of the Kremlin hill. Paved, and a bit bumpy, it is accessed from the Moskva, a steep path crosses the popular St. Basil’s and at the other end, the descent skirts the Museum of History with its purple brick walls and zinc roofs.

The Peterhof Palace is also a place you should probably not miss in Russia. Some people call it the Russian Versailles, and when you see the majesty of this palace, you understand why it was so. Indeed, its numerous basins and fountains with water jets make it a place that was inspired by our Versailles.

The palace is a monument that was dedicated to the victory of the Russian armies over the Swedes, allowing Russia to gain an outlet to the sea at that time. I advise you to visit the grotto as well as the systems of feeding the basins and fountains as well as the water jets.

In the park, you can admire a multitude of small palaces: the museum of the emperors’ baths, the Marly palace where Peter the Great resided and which later served as a resort for distinguished guests and many others.

Lake Baikal is the deepest lake in the world, and probably the oldest, too. I advise you to go there by bus from Irkutsk. You will find on the shores the village of Listvyanka. Be careful though, it is a bit difficult to find decent hotels there.

In any case, the fish market offers excellent products, I also advise you to walk on the beaches further north. Enjoy the sunset and if you dare, take a dip in the lake. They say it makes you immortal.

The Cathedral of Christ the Savior

In the heart of Moscow, don’t miss the largest Orthodox church in the world. Indeed, the Cathedral of Christ the Savior is a monument that you should not miss when you come to Russia.

The first version was built by Napoleon and then destroyed by Stalin, who wanted to build a palace for the glory of communism. After its reconstruction, the palace has obviously regained its majesty, but for a monument that is supposed to be ancient, I think it looks a bit too new. 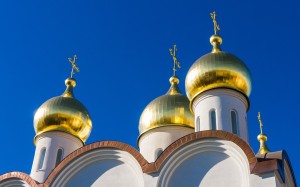 If you are passing by Saint Petersburg, I recommend you not to miss the Hermitage museum. Indeed, it is a must-see in Russia and I think that you will also enjoy going there.

Clearly, you will find in this museum an incomparable collection of artistic treasures: Egyptian ceramics, jewelry; a complete selection of artists’ works, including Picasso, Raphael, Michelangelo, Gauguin and Van Gogh. The entire museum, the buildings, ceilings, windows and furniture are works of art, you will enjoy seeing this simply beautiful place.

Catalina Palace is also a place that I really recommend you to visit, at least once in your life. Indeed, it is a beautiful place, and once inside, you will be surprised by the hall of mirrors, the classrooms and many others.

Catalina Palace is located outside the city of St. Petersburg. It is one of the attractions not to be missed in this place. Everything is great, streets and avenues, Moscow Avenue allows you to reach the Catalina Palace. It is a spectacular palace with its grandeur and golden domes.

The Altai, to discover absolutely!

Altai is the mountainous area between Russia, China, Mongolia and Kazakhstan where the great rivers Irtysh and Ob have their source. Altai is the second-largest mountain range in Siberia, with an altitude that sometimes reaches 3000 – 4000 meters above sea level.

The highest point of Altai is Belukha (4,506 m). It is the second-highest peak in Siberia and in the Asian part of Russia. This place is simply beautiful, it stands out especially for its beauty, mountains covered with snow and glaciers. It is one of the most unforgettable places I could see during my trip in Russia.

I also advise you not to miss the famous Ice Sculptures in Yekaterinburg. I have always liked this kind of thing, especially during the Christmas period that this kind of thing happens in the small city, obviously when the temperatures are at their lowest.

I was amazed by the talent of the artists who took part in the creation of these works. While walking through the icy streets of the city, I also really enjoyed sitting in the parks to rest a bit while admiring the daily life of Russian families.